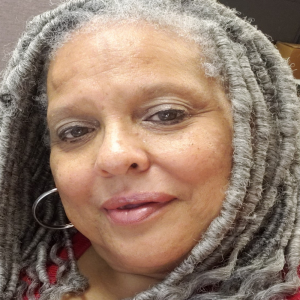 I have a genuine love for music that spans all genres:  Rock ‘n Roll, R&B, Hip Hop, Pop, Broadway cast albums, and even a little bit of country.  Garth Brooks’ “The Thunder Rolls” and Dolly Parton’s “Jolene” are on my Apple Music Playlist. I am HAMILTON obsessed, but the first cast album I ever bought was the first play I ever saw on Broadway,  Jesus Christ Superstar.

Music has played an important role in my life.  I’m not a musician, but, like most people, the music I like is a form of self-expression.  A way to figure it all out.

I spent my pre-teen years listening to soul music (the Supremes, the Temptations, Martha & the Vandellas, etc.) on a small transistor radio (AM stations, everyone) in my grandmother’s living room dancing the latest moves from American Bandstand and Soul Train.  As I grew older, my music palette began to evolve into a love for Rock ‘n Roll, Funk, and Disco.  Back when an album was vinyl and only cost $10.00, and a concert ticket topped out at $25.

I saw my first live concert on the campus of Hampton Institute (an HBCU that is now Hampton University) in 1972.  Earth, Wind, & Fire opened for Stevie Wonder.  Imagine that!  Since then I’ve seen most of the great music performers on stage:  Rick James, Prince, the Gap Band, Michael Jackson, Sade, Tina Turner, Duran Duran, Madonna, Janet Jackson, The Rolling Stones, Whitney Houston, and the list goes on and on. I absolutely love live music.

With that kind of music fandom in my life, ReedRADIO.com didn’t seem like much of a stretch when my brother, Keith, and I began exploring the idea of an Internet Radio Station.  Our first attempt at entrepreneurship failed. We didn’t know anything about Internet Radio or how to run a business. We learned from our mistakes.  We formed a production company called Open the Door Productions, LLC.  We developed a clearer, more focused vision for ReedRADIO.com, and I took on the role of CEO for the production company.  I manage the administrative duties:  website design, branding, marketing, and our online presence.

The plan is to turn this spark into a flame. Keith and I hope ReedRADIO.com becomes a third place, after work and home, where our listeners can relax and recharge. Remember basement parties, slow dances, and first kisses? Remember when music was the consciousness of our nation? ReedRADIO.com is about community. No matter where we are in the world…and ReedRADIO.com has a global audience…we are part of a community that simply loves good music. Click HERE to learn how you can become part of the ReedRADIO.com community.

Then, check out my Podcast, Out in Left Field!.  With a name like that, of course, I’ll talk politics, but the Podcast is so much more than that.  I’ll interview people who look at everyday problems through the lens of innovation and a genuine desire to make the world a better place. Get Out in Left Field! with me, coming in January 2021. You can find the podcast on SoundCloud and right here on ReedRADIO.com.

Thank you so much for listening to the station. If you have questions, comments, or you just want to know how your membership in the ReedRADIO.com Community works, email me at rosalind@reedradio.com.